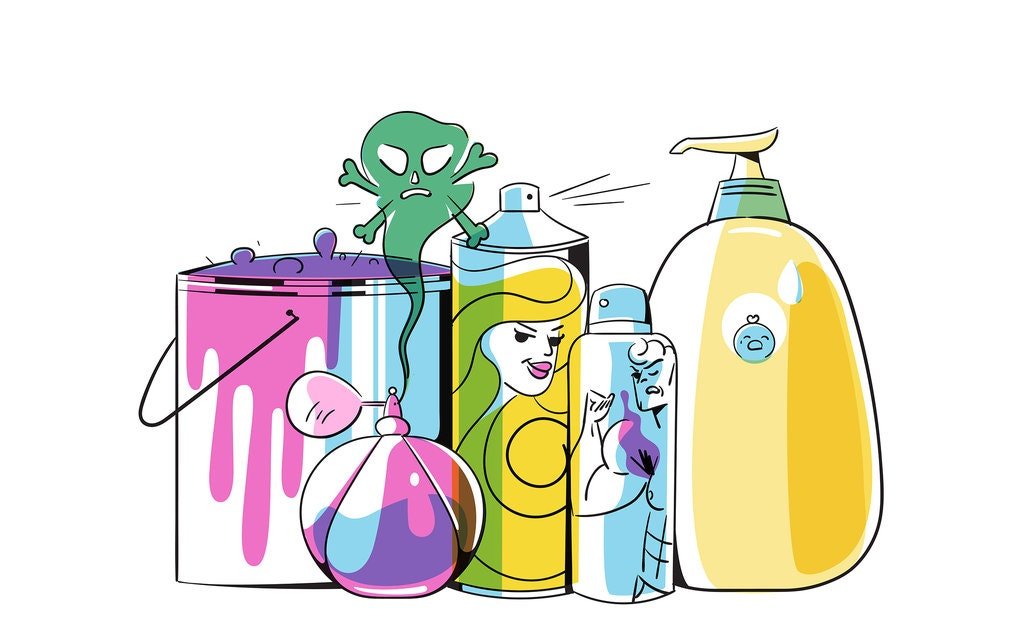 Picture above by Simone Noronha @simonenoronha for @nytimes

As we know, people with migraine have a very sensitive brain, which results in being extremely susceptible to the environment around us, whether we’re aware of it or not, so things like light, sound and smell can send your sensitive migraine brain into overdrive very easily. Sunlight and sound make sense as piercing light, even without sensitivity to it can cause pain, as can loud or persistent noise, but what about smell?

Often people – without migraine – will complain about cloying smells that give them a headache, like a heavy perfume or incense in an enclosed space but people with migraine feel that much more intensely and not necessarily in an enclosed space. Some people report a heightened sensitivity but others find that certain smells can trigger an attack, or make the attack even worse for them, and while some sufferers are sensitive to smell at all times, others might experience this sensitivity only around the time of an attack.

This is called Osmophobia and the scientists still don’t understand why migraineurs experience it. The term osmophobia comes from the Greek osmē, meaning “smell, odour” and phobos, “fear” One report in 1985 reported that “odours, pleasant or otherwise, could precipitate migraine in 11 out of 50 patients”. ..migraineolfactory

There is another thing called ‘Phantosmia’ where people with migraine and other neurological disorders smell things that are not there. Phantom smells can be part of the aura at the start of an attack and may not bother the person when the attack is over.

But these are not all, and due to the individual nature of migraine, any intense smell has the potential to trigger or worsen an attack.

What’s the science behind it?

Allison Marin Curley is a freelance science writer who contributes to BrainFacts.org and wrote the following article which explains smell pretty well I think!

Smell begins at the back of nose, where millions of sensory neurons lie in a strip of tissue called the olfactory epithelium. The tips of these cells contain proteins called receptors that bind odour molecules. The receptors are like locks and the keys to open these locks are the odour molecules that float past, explains Leslie Vosshall, a scientist who studies olfaction at Rockefeller University…

…The complexity of receptors and their interactions with odour molecules are what allow us to detect a wide variety of smells. And what we think of as a single smell is actually a combination of many odour molecules acting on a variety of receptors, creating an intricate neural code that we can identify as the scent of a rose or freshly-cut grass.

Odours in the Brain

This neural code begins with the nose’s sensory neurons. Once an odour molecule binds to a receptor, it initiates an electrical signal that travels from the sensory neurons to the olfactory bulb, a structure at the base of the forebrain that relays the signal to other brain areas for additional processing…

…Smell information also goes to the thalamus, a structure that serves as a relay station for all of the sensory information coming into the brain. The thalamus transmits some of this smell information to the orbitofrontal cortex, where it can then be integrated with taste information. What we often attribute to the sense of taste is actually the result of this sensory integration…” Read the full article here https://www.brainfacts.org/thinking-sensing-and-behaving/smell/2015/making-sense-of-scents-smell-and-the-brain

So, how does that help? Well it doesn’t really except that it tells us that it involves the thalamus, which, as Dr. Allan Purdy, (who has spoken at MAI events in the past) tells us, is “a sort of railway station and integration centre for the transmission of migraine pain. An impulse comes into the ‘station’ and the thalamus regulates how it will be transmitted to the cortex, and the extent to which it is made worse by environmental stimuli such as light.” This goes for smell too. So basically, it’s the thalamus’s fault!

What can I do to Help Myself?

The obvious answer, to someone who doesn’t appreciate migraine, is to avoid the smell that triggers you, however, as we know, that’s much more easily said than done as ANY smell may trigger a migraine at any time, so avoidance is not always possible. Plus, we are not responsible for the people sitting next to us on the bus, train, in the cinema, at a restaurant, at a public talk who feel the need to bathe in the most potent cosmetics on the market, therefore, avoidance becomes null and void.

• When you can partly control your environment, ask for a perfume, polish, smoke-free office or working space. It can be difficult, but most people are considerate and if you explain exactly how it affects you they may be willing to leave the perfume/aftershave at home. It can however be a difficult thing to ask, and some people may feel slighted.
• Avoid using aerosol or chemical sprays at home as much as possible. Use something like a non-toxic lemon and vinegar combination to clean the house. It’s natural, as strong smelling as you want it, and environmentally friendly so ticks a lot of boxes… You can add baking soda too which will clean certain things. Just do a patch test for the lemon and vinegar before using them as not all surfaces can cope with the acidity.
• If you can tolerate some smells, such as peppermint oil, citrus, lavender, then having a bottle of that essential oil with you to sniff or use on a tissue can be helpful. Instead of the trigger smell you may be able to mask it with another that’s a safe smell.
• When you can’t control your environment in any way Cognitive Behaviour Therapy (CBT) can help you to develop coping techniques that can be used not only when you get wind of a strong smell, but when you might be feeling down, feel a migraine coming on, or are having an anxiety or panic attack, in said-same bus, train, cinema, restaurant, public talk etc.
• Exposure therapy – if you can identify a particular smell that triggers you, then you may be able to tolerate some form of exposure therapy. Exposure therapy is akin to CBT and is mostly used for people who have anxiety disorders and Post Traumatic Stress Disorder (PTSD). It involves either direct, virtual or imaginative exposure to the thing that brings on the stress. There are varying degrees of exposure that can be used. Some form of expertly guided exposure therapy to desensitise you to the smell that triggers migraine may be helpful. This might also help with other triggers or anxieties.
• Neurofeedback can be helpful. You can learn to control your brain’s response to certain stimuli, like smell.
• If smell is not a trigger but is the first sign that an attack is imminent, then CBT and other meditation and relaxation techniques like Mindfullness may help you to keep you calm until you can get to your medication.
• Failing all of that; keep some medication on you at all times (most migraineurs do anyway) and take it the moment you feel the migraine beginning.

We ask that attendees to our events kindly refrain from wearing perfumes, aftershaves and any strong smelling cosmetics or toiletries. Thank you! 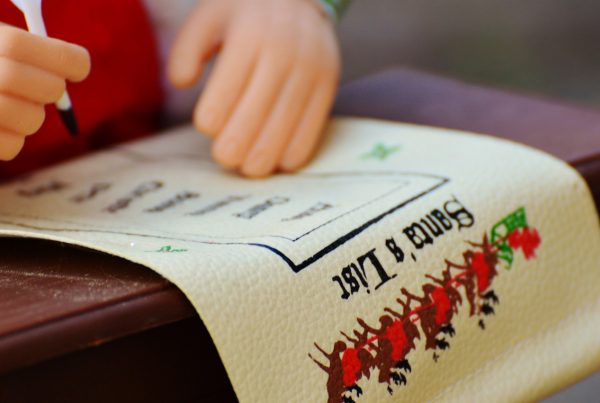 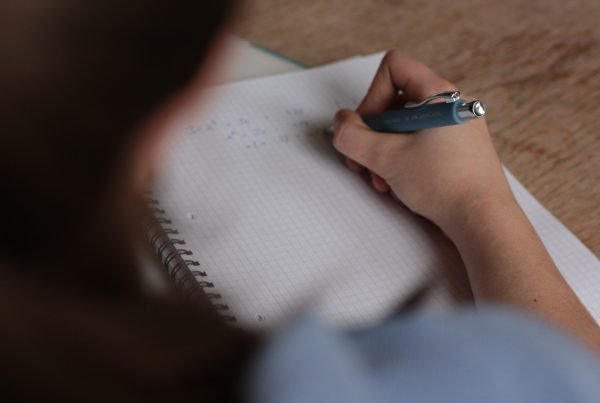 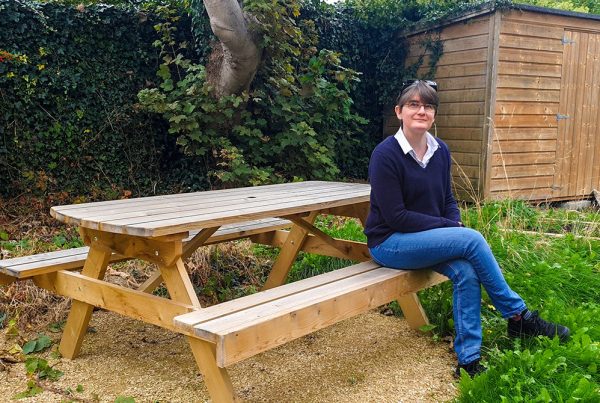